Germany's automobile industry is booming. And has been for years. At the same time, cars "Made in Germany" enjoy an excellent reputation worldwide. Consequently, it is no surprise that German car brands are globally very well known, with BMW, Audi, Opel, Mercedes Benz and Volkswagen among the best known in the market.

Volkswagen enjoys a special reputation among the mentioned manufactures. As the group is the largest automobile producer in Europe, we took a closer look at the Wolfsburg-headquartered company. Surprisingly, our study shows that the brand has a harder time at home than abroad.

In our study, we wanted to check how the brand is viewed in the German market compared to the South African market. Using our CORE insights tool, we surveyed 481 people from Germany and 540 people from South Africa on their awareness and overall impression of the Volkswagen brand. To be able to classify the numbers, the brand awareness of 16 additional car manufacturers was determined as well.

VW is one of the car brands par excellence in Germany and the VW Golf continuous to be one of the top seller on German roads: The Federal Motor Transport Authority lists the 2020 model 3.73 million times in its statistics.

Taking these statistics into consideration, it is not surprising that 92.6% of surveyed Germans know the Volkswagen brand. This puts VW in fourth place in our awareness ranking as only BMW (93.6%), Audi (93,0%) and Opel (92.8%) are slightly higher awareness score. The situation is very similar in South Africa: 9 out of 10 people know VW (93.2 percent). However, in South Africa Volkswagen is the third most known brand (BWM scores 94.3% and Toyota 94.0%). 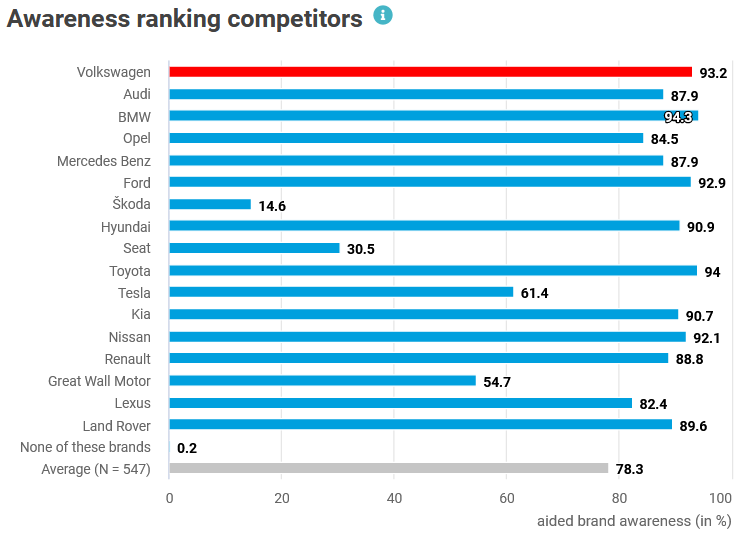 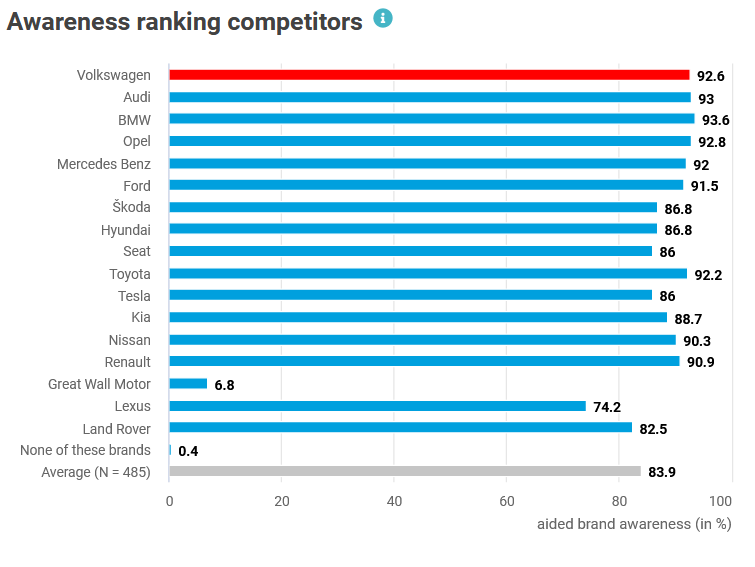 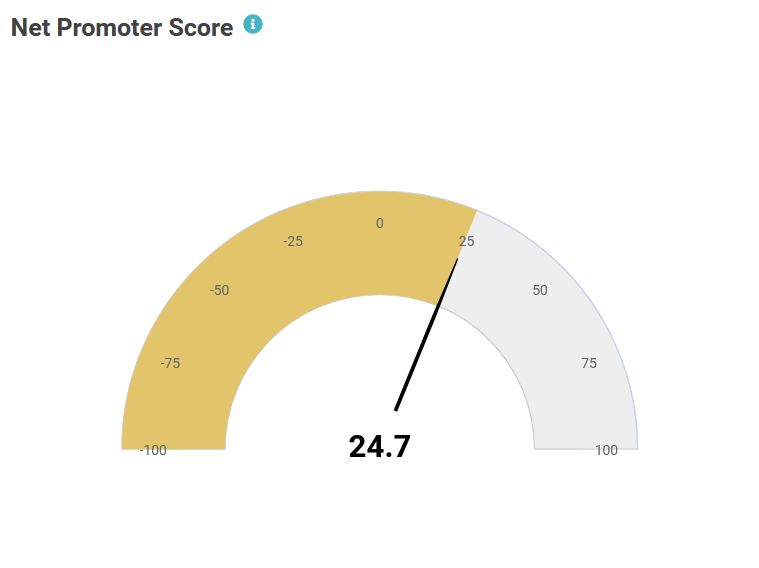 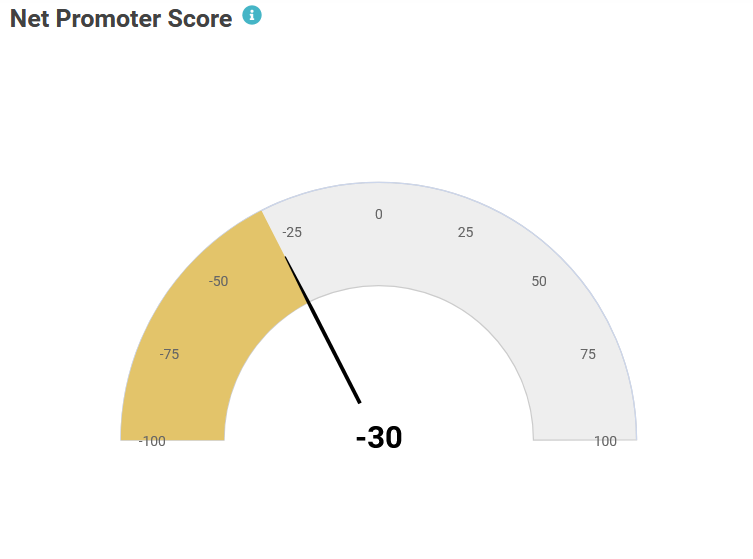 Marketing and image: This is what the survey respondents associate with VW 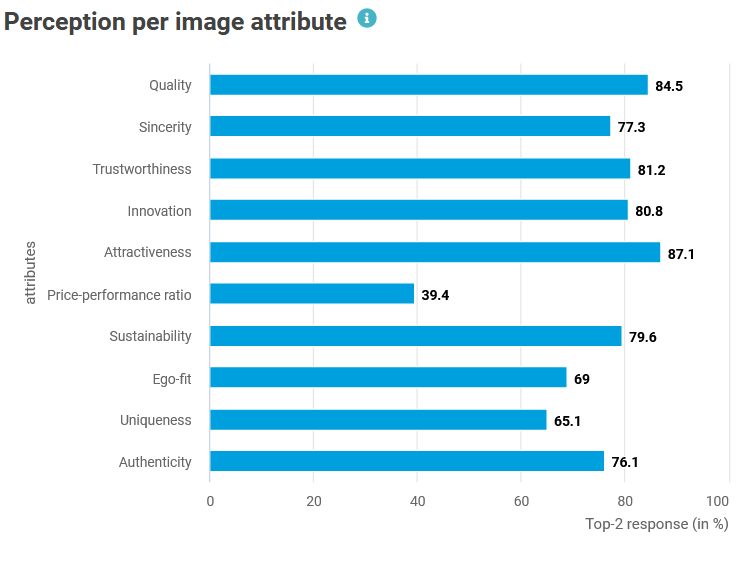 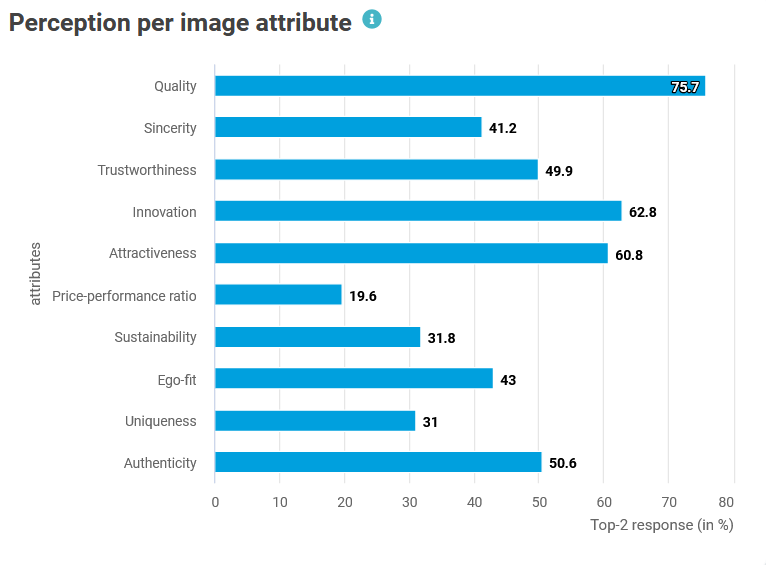 Other positive VW-associations in South Africa are "reliable," "innovative" and "affordable”. Some participant state in open-ended questions, that they think the manufacturer is “expensive”.

In Germany, the positive associations are "reliable," "innovative," and "quality”. Negative associations here are the pricing ("expensive"), too, and both the emissions scandal and the diesel scandal.